Happy Cinco de Mayo, everyone! Almost every blog will be offering a hearty Mexican recipe today, so I’m going to provide a delectable brunch dish instead.

Brie is a soft, creamy, French cheese with a mild, delicate flavor and a buttery consistency. Brie was invented about 400 years ago, and it was named after the region in which it was created. Brie became a delicacy in Europe during the 19th century after its appeal was spread by Talleyrand, a French statesman (1). 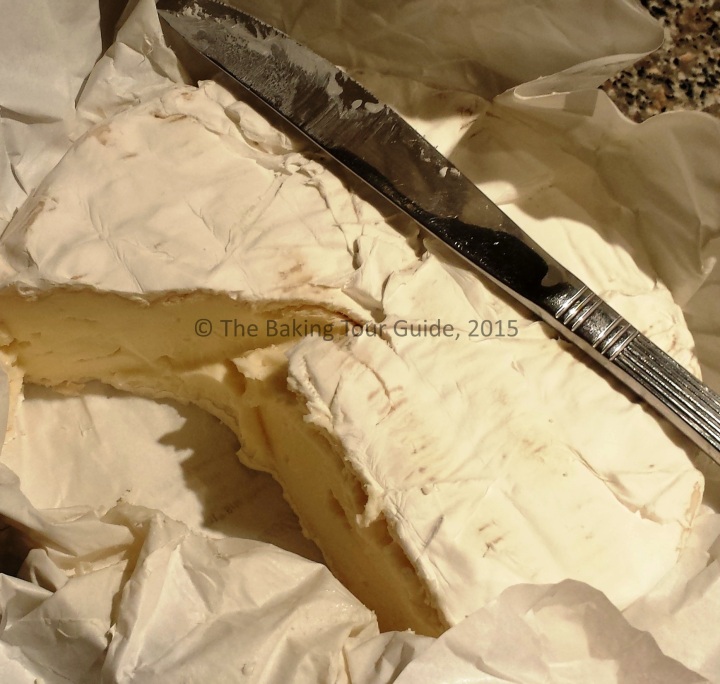 The general process of cheese making is the same for almost all species of cheeses. Standardization attains proper protein to fat ratio for each kind of cheese. The milk used to make the cheese is pasteurized at 72°C for 16 seconds to kill harmful bacteria.

This step is skipped if raw milk is used to make cheese.

The milk is cooled and cultured with different bacteria to help ferment the cheese and reduce its pH (acidity levels). The cultured milk sits at the cooler temperature and ripens until a specific pH is reached so that rennet can be added.

Rennet is an enzyme derived from a protein called chymosin (rennin). Chymosin is found in the stomach of cud-chewing mammals, such as cows. It is used in cheese making to split the milk protein, k-casein, to obtain curds and whey. The curd is allowed to develop for at least 30 minutes to form a network of protein. This process is known as coagulation, which changes the liquid protein into a semi-solid state. The curd is then cut and drained from the whey, salted to promote more acidity, and molded into its complete form (2).

The differences in cheese making lie in the cultures used, the cutting of the curds, and the ripening process. The curd for Brie is placed into a mold and drained. The draining process can take between a few hours and a few days. Brie is removed from its mold, salted, and covered with several microorganisms that help break down certain components of the cheese.

Brie is a surface-ripened cheese, since the cultures are mainly introduced onto its outer layer.

Bacterial and fungal cultures are both used for ripening Brie. The bacterium is called Brevibacterium linens, a species found on human skin, and the fungi used are Penicillium camambertii and Penicillium candidum. Both fungi are related to the antibiotic, Penicillin.

The fungi create the white rind that’s observed on Brie. It is a completely edible mold, but some people do not eat it because it does not offer any extra taste (3).

Cheese, like wine, is granted specific names if it is developed in certain areas of the world. In 1980, the Appellation d’Origine Contrôlée of France protected the name of Brie. Cheese must be matured or aged in Seine-et-Marne, Loiret, Aube, Marne, Haut-Marne, Meuse and Yonne in order to be called Brie (1).

Brie should be kept in the fridge, but it is best served at room temperature or warm (after baking). It is a great match for sweet jams, fruits, and nuts. This recipe will match the cheese with apples, blueberries, and cinnamon.

For the crust: For the filling/topping: 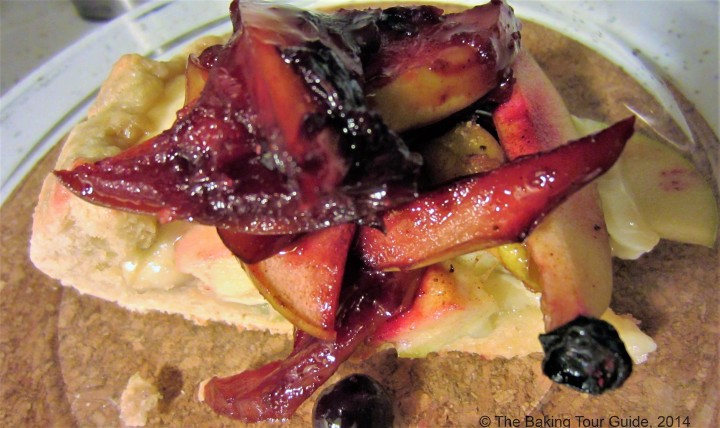 Nutrition facts for 1 slice of Baked Brie based on the USDA nutrient database, using 12 oz of Brie.

1. “Brie de Meaux.” The World on Cheese Culture. Accessed 5 May 2014. Available at http://culturecheesemag.com/cheese-library/brie-de-meaux